In the 21st century, the hookah has experienced a real revival. The most amazing thing is that now it is smoked not only by archaic Asian bearded men in turbans, but also by young, quite modern and successful young people. Why is hookah smoked? It would seem what is good in this bulky assembly that is time-consuming and requires constant care? After all, cigarettes are much more convenient … As one of the jokes says, “if you are asked to smoke a hookah in a dark alley, then you have no chance.” 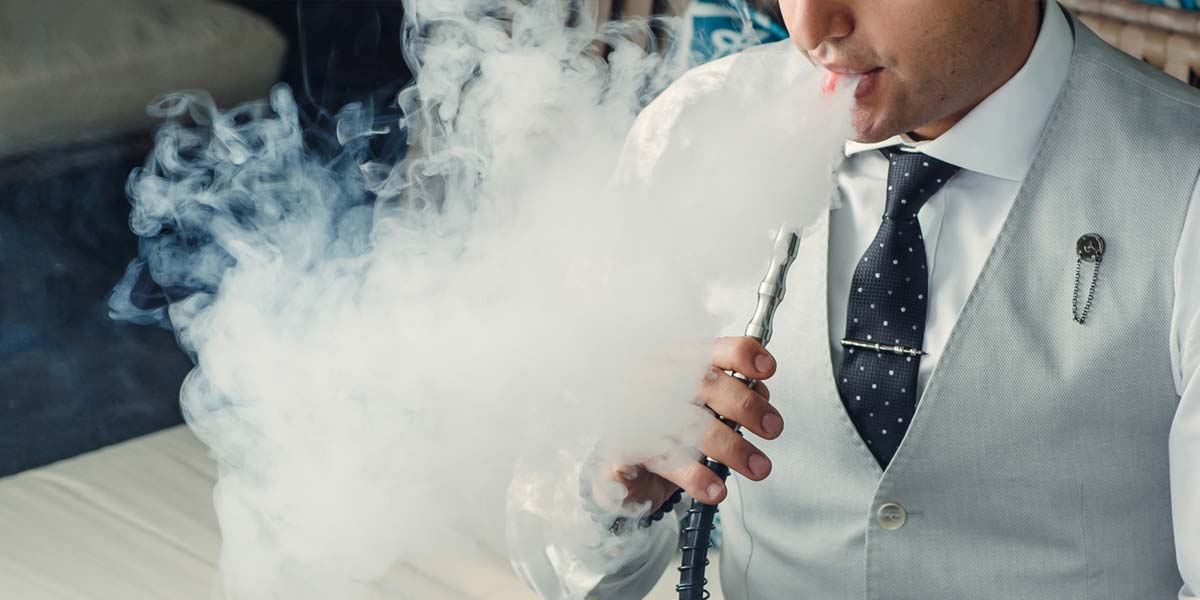 There is another joke: “Why do people smoke hookah with the look as if they had their own oil rig?” Despite the caustic tone, this joke is not without meaning. Indeed, a lot of youth hookah smokers have been attracted precisely by its exoticism. A young man smoking a hookah could stand out among his peers, feel special – not like everyone else. But what’s wrong with that? After all, we are constantly trying to show our individuality – with the help of clothing, food, music, various hobbies …

Exoticism was added by another feature of hookah smoking. Unlike a usual hasty smoke break, this is a real ritual, something akin to a tea ceremony. What seems troublesome to people from the outside –preparing a bowl, packing tobacco or mixes, igniting coals, maintaining the heat, a long smoking process – is of particular value to a hookah fan.

Not without reason, many researchers believe that the hookah fashion has become a kind of response to the hustle and bustle of modern life. It was the thoroughness and leisure that allowed a person to find inner peace and fully relax.

It is no secret that the hookah culture was developed in the Middle East three centuries ago. There, the hookah quickly became a kind of communication. People gathered around it to not only smoke together, but also to discuss the news, drink coffee, play backgammon or chess … They smoked either in turn from one hose, or used a special model that had several hoses at once.

“And, taking a sip of tea from an Afghan blue cup, falling to a circular chillum (one of the names of a hookah), we hear that he takes his soul away in stories about Bukhara high society and the mercies of his lordship, high emir – may Allah prolong his happy days. “

If an invited guest came to an Arab or Turkish house, the owner would certainly offer him a hookah. It was a traditional display of respect and trust. But the rejection of the hookah or lack of offer could be perceived as an insult.

For example, it happened in 1842, when at a reception of the Turkish Sultan, the French ambassador was not offered a hookah. The ambassador was terribly offended and, he is said to almost severe diplomatic relations between the countries …

The social function of hookah is still actual today. Moreover – it is often smoked together. After all, this is a great occasion to gather as a friendly company, to participate in common ritual, to relax and chat calmly. Besides, you can get together not only at home, but also in any bar that serves hookah (we are lucky to have enough of them now).

The smoke can be cool and tasty

Now let’s leave the psychology and go directly to physiology. Even an avid cigarette smoker, when meeting with a hookah, will get a whole gamut of pleasant and unexpected sensations. Firstly, he discovers that hookah smoke does not burn or dry his throat at all. After all, one of the main purposes of hookah is exactly to minimize the temperature of the smoke. Secondly, the source of smoke, as a rule, is not ordinary dry tobacco, but muassel – a wet mixture with flavoring additives. At the same time, each variety of muassel has its own special taste of – apples, mint, grapes, cherries …

For example, one of the leaders in the production of hookah tobacco – the company Al Fakher – offers more than 50 completely different tastes. That is, a smoker can try something new every time. Moreover, the hookah device allows you to mix different tobaccos in the bowl on your own and add your ingredients (for example, pieces of fruit) to them. In addition, you can further experiment with the liquid in the vase. For example, add fruit juice, milk, mint leaves, and even alcohol. As a result, you will get a truly limitless opportunity to diversify the gamut of taste.

Why is a hookah smoked and how harmful is it?

Why is a hookah smoked if it is harmful? Of course, any tobacco contains nicotine, so to say that a hookah is practically harmless would be a bald-faced lie. Opponents of hookah also pay attention to the fact that a hookah smoker inhales much more smoke in one session than a cigarette smoker. However, let’s consider everything with a sober, real look.

Whatever one may say, the smoke that passes through the shaft and the hookah bowl is really cleaned and filtered – first of all, from harmful tars. It is known among those who have cleaned a hookah at least once in their life and have seen how much tobacco residue remains on the walls. In addition, the hookah tobaccos – muassels – have only 30% of tobacco (moreover, purified and low in nicotine). The rest is syrup, glycerin and flavorings. It is unlikely that among the cigarettes you will find something lighter. Also, due to the consistency of the muassel, a specific technology (tobacco does not burn in the hookah, but evaporates) and the liquid in the bowl, the smoke is very moist, soft and does not irritate the throat.

Finally, a hookah is smoked much less often than cigarettes or a pipe. Still, it requires special comfortable conditions and a sufficient amount of time to be prepared. Of course, there are seasoned hookah smokers who smoke several times every day. But it is rather an exception than a rule. Just in any hobby you need to know the measure.

If you do not accept nicotine in any form, then you can try a hookah with nicotine-free mixtes. These are also sold, or you can make them yourself from fruits and berries. Of course, the relaxing effect in this case will be reduced. But the pleasure of the aroma and the process of inhaling smoke will remain the same. Moreover – cigarette smokers who decide to get rid of their addiction, often switch to a nicotine-free hookah. Therefore, weaning is easier (at least psychologically).